The Benefits of Biometric Access Vault Management System (BAVMS) to Banks in Nigeria is one of the most important aspects of the banking sector, this is where treasures, valuables, money, records, and documents are kept, and any compromise to this section of the bank can lead to the fold-up of the bank.

Bank vaults are an integral part of the building within which they are constructed using armored walls and a firmly designed door closed with a complex lock. The bank vault usually consist of locks that involve the right combination for it to unlock and then two specially designed keys are also used together with the lock combination, these keys are given to two different personnel in the bank to keep and whenever there’s a need for anything to be taken out of the vault or to be put inside the vault the two personnel are always required to be around to both unlock and lock the vault system. Despite the security level involved in the bank vault system, there is still the lingering probability of compromise. 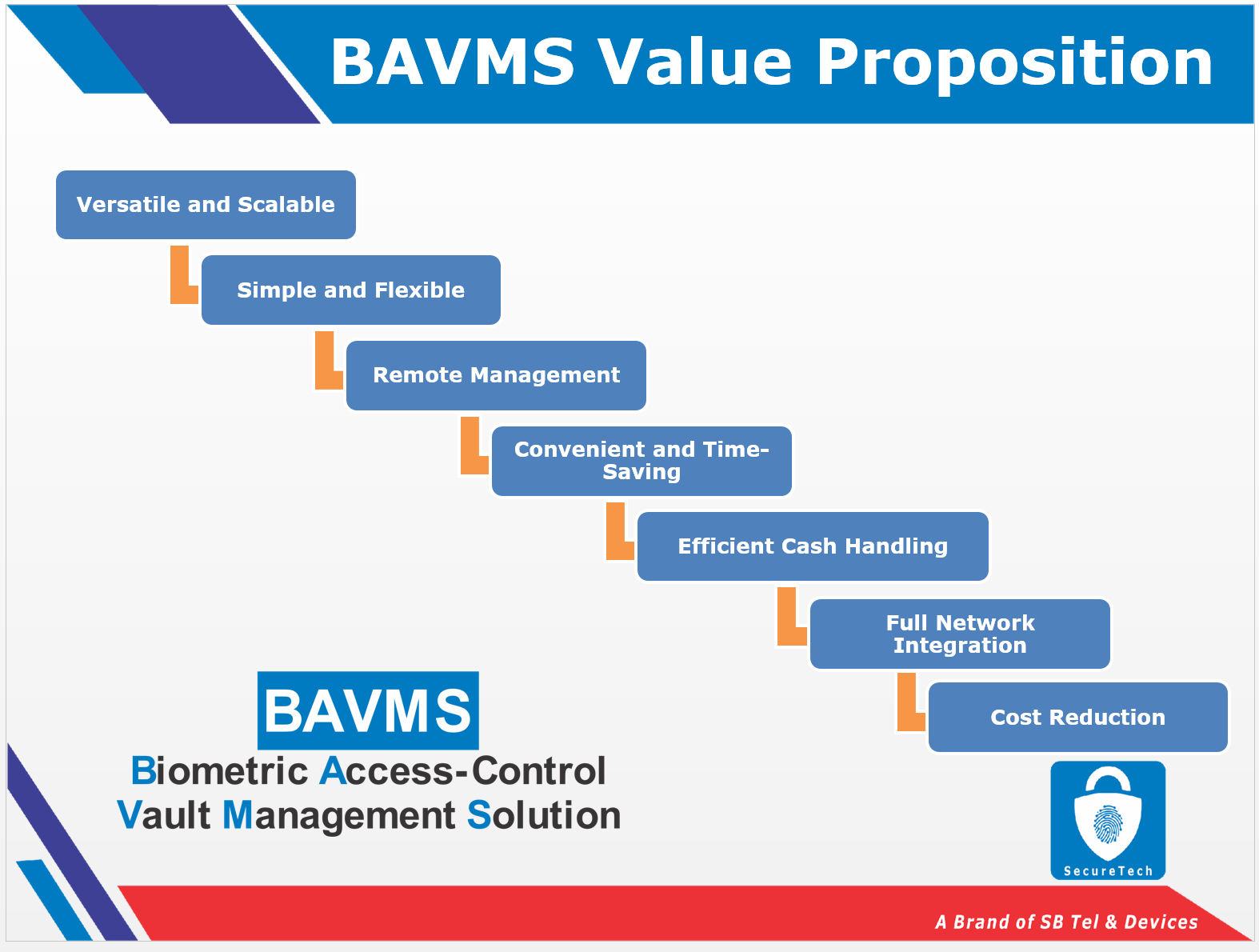 A wrongly handled key, a divulged password, a malicious hacker, and organized criminal groups can almost easily make a vault system vulnerable. To prevent the possibility of internal compromise by the staff of the banks that have been given the duty to keep the keys to the vault and the passcodes of the vault higher level of security such as the use of biometrics has to be implemented. Biometrics technology now has a very wide range of applications in virtually all industries Biometric Access Vault Management System (BAVMS) is a solution used to automate and authenticate vault door access control. The mode of authentication is based on individual unique behavioral or physical traits such as iris, fingerprints, facial, etc. is referred to as biometrics.

The biometric-based authentication system has good accuracy for authentication. A BAVMS implementation immediately eliminate all the problems the legacy systems are characterized with such as Inefficient operations; Non-compliance to banking policy; Standalone operations; Access compromise; No Audit trail; Non-enforcement of Vault Opening Duration; Tailgating; Missing and Shortfall of Funds

Below are some specific benefits of the BAVMS. 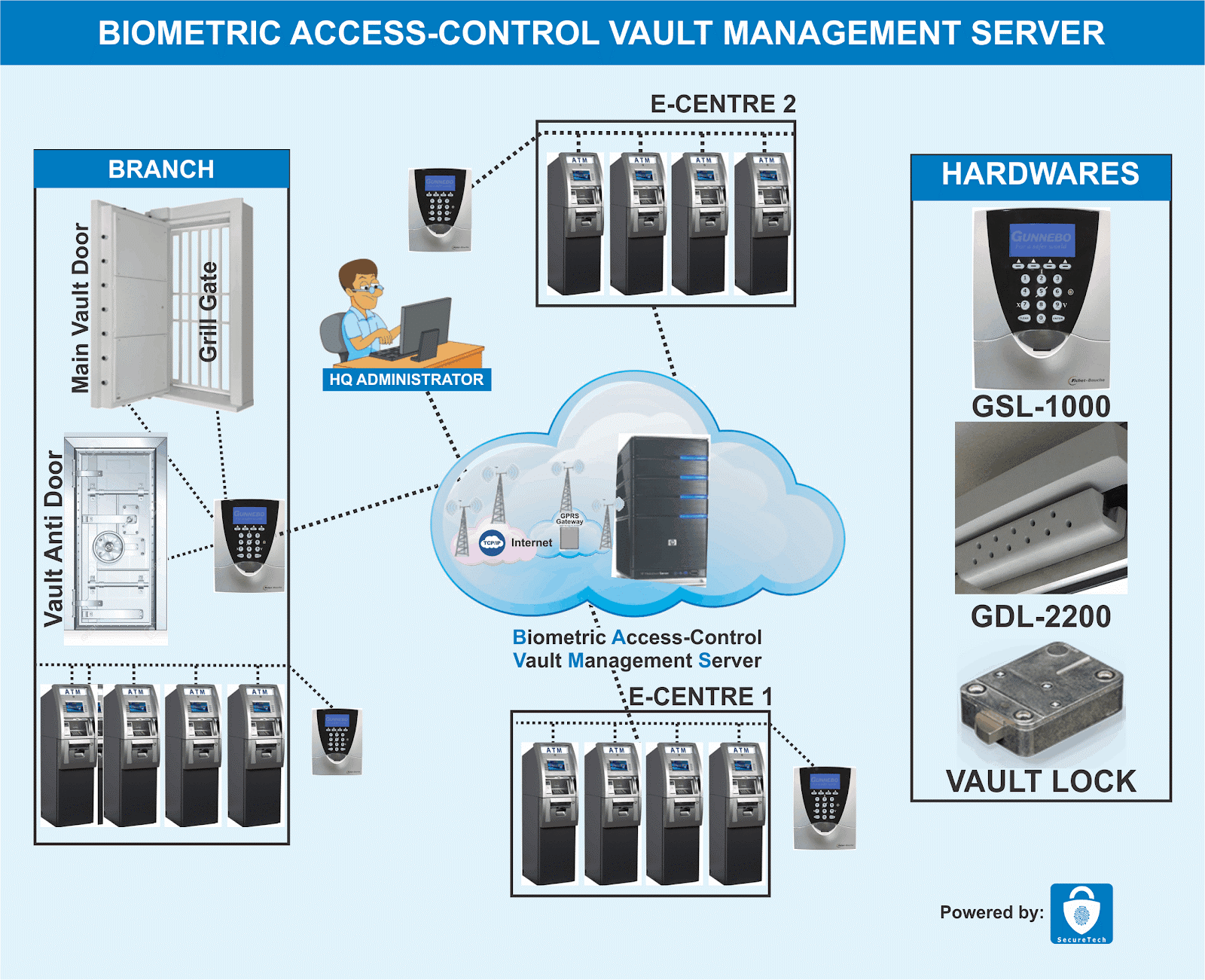 An improved biometric bank vault system using a fingerprint. The operational stage of the system is into two stages: the biometric enrollment stage where the fingerprint of two different individuals will be taken. Templates of the images acquired were stored along with the particulars of the authorized users, in a database. These stored templates were used to identify and authenticate users of the bank’s vault system.

Fingerprints are the most established and most generally utilized type of biometric identification. Every individual’s fingerprint is unique. The structure of the ridges and valley on the surface of the fingers is responsible for this uniqueness. Specific points, called minutiae points are used to differentiate fingerprints. In Fingerprint recognition, the distinct ridges on the fingertips produced the impressions from which features are being extracted. The fingerprint image is captured using an optical scanner, is enhanced and converted into a template. Algorithms are responsible for determining the level of similarity or otherwise of fingerprints.

The most widely used biometric trait is the fingerprint. It is quite accurate and reliable as a biometric identifier. However, fingerprint biometric systems can return a false match or mismatch whenever users’ fingers were too dry, too wet, etc.

Once the individual has been enrolled in the system the user is then given access to the vault. Identification simply means one to many matches requiring the user to provide either his fingerprint as a means of identification. The just-acquired biometric sample presented for identification is compared to the previously stored sample in the database if there is a match with the fingerprint enrolled, access is provided to the vault door, and otherwise, it is declined.

At the authentication state, the individual presents his fingerprint to be read depending on the biometric trait registered for the individual, the access control reader then extracts the features and runs a check with the registered features that are in the database for a match. When a match is found the system moves to the authenticated state if a match is not found then the system returns to the request state.