Potential offenders may be deterred by CCTV surveillance. When a crime occurs, video footage can aid law enforcement in their investigation and eventually serve as evidence in a court of law. When used in conjunction with CCTV, audio, thermal, and other types of sensors can notify officials of unusual events, such as a fire or gunshots at a location. CCTV cameras in businesses can detect and track in-house illegal activity. Video surveillance may be used in prisons to prevent drones from carrying narcotics and other contraband to inmates. Security cameras can monitor regions that are difficult to access, such as rooftops.

How does CCTV work?

Although analog and digital systems function in fundamentally different ways, contemporary CCTV networks use conversion software and hardware to convert analog to digital. Retrofitting is the term for this procedure. 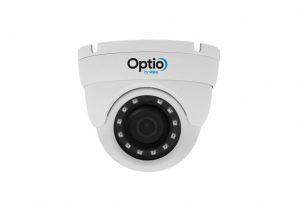 In an analog system, there are more peripherals, for example, typical coaxial connections do not normally transmit audio. Analog signals can be converted to digital, making digital conversion more cost-effective even with older equipment. The photos can be saved on a PC or tape recorder and require a video capture card. Analog HD is a step up from previous systems, allowing for higher resolution (1080 pixels) while remaining backward compatible with analog cameras.

Digitalize signals at the camera level. These systems don’t require a video capture card as images are stored directly to a computer but since recording takes up a lot of space, it’s common for them to be extensively compressed.

HOW TO INSTALL CCTV

Place the camera device in the desired location and create drilling guide marks. Drill holes in the screw moldings and hammer them in place. Screw the camera in place securely now. Place the camera’s power wire into a socket. 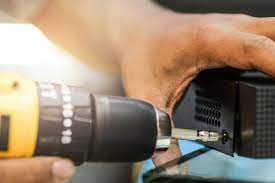 The surveillance hard disk is kept in the DVR of the CCTV system. As a result, a DVR holds all of your CCTV recordings. It is strongly advised that the DVR be kept in a secured container so that an intruder cannot destroy the recorded videos if the DVR is discovered. This is a crucial step in ensuring that your home’s security system is bulletproof.

Plan the route for all of the cables from the cameras to the DVR. To keep the wire under control and safe, use wire moldings. Install the Siamese surveillance wire inside the moldings along the walkway.

A BNC port is used to attach the video cable. Remove around 1.5cm of the video cable’s outer wrapping, which should now reveal the braiding. With the bigger diameter towards the cable’s end, slide the crimping barrel onto the cable. Remove the white insulator from the cable’s innermost end. Now tighten the crimping barrel onto the exposed cables and insert them into the BNC port. This establishes a safe connection. Connect the DVR output port to the screen where the video stream will be shown.

Begin by turning on the cameras, then the monitor, and finally the DVR. Set up the DVR in accordance with the user manual that came with it. Examine each camera’s feed to ensure that it is operational and gives the desired viewing angle.
We can carry out a security audit of your property and recommend the finest surveillance solution for you. Click here to make an appointment.

REA MORE about the cost to Install CCTV Cameras